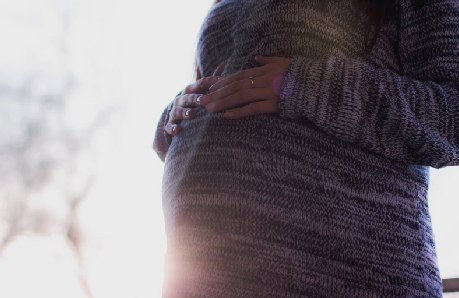 This is Al and Lindsay Garcia from South Ogden, Ut. We would like to share our experience with the Bemer 3000 in hopes that it may help those in a similar situation. We’ll start by giving you a little bit of our history. We have been married for 6 1/2 years. About 4 years ago, we decided it was time to start a family. Of course as kids, you are engrained with the idea that it comes naturally to anyone and everyone, but to us it didn’t. We tried faithfully for 3 years without success. After being told by specialists that we had very little chance of conceiving naturally, we decided to give in-vitro fertilization a shot. You can imagine our elation when we found out that not only were we pregnant, but we were expecting twins! At about 20 weeks, we were told that we were having a boy and a girl. Everything was absolutely perfect. The shopping and nesting began! Then came our 27 week ultrasound. We went in for a routine ultrasound and nothing could have prepared us for what we were told. They told us that our little boy, who was baby B, was not growing at the same pace as our little girl. She was 2 lbs. 3 oz. and he was only 1 lbs. 7 oz. The weight discrepancy at that stage of gestation is very large. They said that he will only continue to get comparitively much smaller as time goes on, until he’s too small to survive. Through further doppler testing, they said that the reason he was not growing was that he was getting very insufficient blood flow through his umbilical cord from the placenta. They said that it was severe enough that if it were any worse at all, they would recommend taking our babies right then and admitting them to the NICU. They warned that if they took them at 27 weeks, they could face many mental and neurological issues. We were faced with a very tough decision, as we would hate to take our girl out who is thriving, but we would do anything to save our little boy. They told us that there was very little chance of it improving, but every week we could go would give our babies that much more of a chance. They told Lindsay to quit working and take it easy. They said that they would give it a week and then monitor Lindsay every 3 days and make sure that the blood flow isn’t stopping or backing up. We immediatley called our parents. My dad said that he is working with a product right now that assists primarily with circulation, and that he had a strong feeling that we should try it out. It is called the Bemer 3000. Of course we were skeptical, but also felt that our backs were against the wall. Lindsay immediatley began doing Bemer treatments twice a day. You can imagine how scary every day was for us from this point on. We went back in for our appointment in 1 week, and the doctors were shocked. They said that they don’t know how or why, but that there was a dramatic improvement in the blood flow of our boy. Of course, they attributed it to Lindsay staying home, but we didn’t want to tell them what we were doing. Lindsay continued Bemer treatments througout the course of her pregnancy and both of our babies continued to grow and thrive. Each time, the doctors became less and less concerned as well as very confused as to why the sudden change. On July 11, 2008 at 37 1/2 weeks pregnant, Lindsay gave birth to our perfectly healthy and happy babies, Adalyn Belle 5 lbs. 10 oz. and Daysen Jeffery 4 lbs. 12 oz. Almost the same weight discrepancy as at 27 weeks! Neither of our babies needed special assistance of any kind. We are firm believers that the Bemer 3000 was instrumental in maintaining a healthy pregnancy. We were very blessed to be given the opportunity to try out the Bemer, and if our story only helps a couple of people, it’s a story worth telling.

The BEMER Physical Vascular Therapy does not treat ailments directly. Instead, it improves some key physiological parameters by improving the blood circulation in the smallest blood vessels, the so-called micro-circulation. The result often is an improved healing process of many ailments and chronic conditions as well as pain relief. The BEMER is of benefit for any condition where an improved micro-circulation can make all the difference. The BEMER treatment does not negate proper diagnosis by a medical practitioner and a medical diagnosis should always be sought first.

Founder and CEO of BEMER Africa since 1999. Qualified in aeronautical engineering, he holds two doctorates in engineering and technology, and is passionate about ways of improving health, vitality & quality of life.

Live in the USA, Canada, or UK? Visit the international BEMER site.